Earlier this month, Nominet R&D held the Oxford Smart Challenge, a one-day, startup accelerator to help fledgling entrepreneurs create compelling smart city and IoT innovations for the city of Oxford and beyond.

The room began buzzing at 9am and didn’t stop until 9pm. Energy levels throughout the day were incredible and a testament to all who participated and helped out. A big thank you again to everyone involved, the positivity was fantastic and appreciated.

Thirteen teams in all presented their ideas and business concepts throughout the day to a range of experts, mentors, local businesses and public sector officials. This was accompanied by a set of informative talks and followed by an evening event of networking and a chance for the participants to present to a panel of local decision makers and influential people. A particularly memorable point was around 5pm, when the teams had a chance to do a three-minute elevator pitch to the whole room, and then subjected themselves to rapid fire comments back from the crowd. Well done to all for surviving those pressurised conditions! 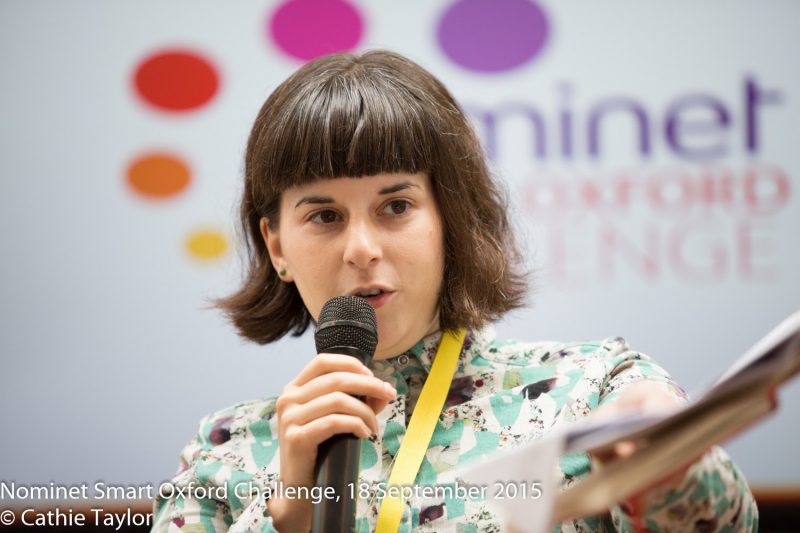 We had deliberately picked a range of ideas at different stages of maturity. Some were working prototypes with business plans, others just at the concept stage. All with the same aim of benefiting Oxford and other cities in the world, with smart city thinking. However there were also some common themes, such as air quality monitoring and smart parking, which reflects the current interest in these smart cities topics.

I had the pleasure of being the mentor for the HOK team who were presenting the idea of responsive, dynamically controllable bike lanes and road surfaces. In a city like Oxford where transport congestion is so endemic, unusual and innovative solutions like this need to be explored. Without a doubt ideas like these need a lot of funding and cooperation with local organisations to even start a trial. However, that certainly isn’t the case for everything and many projects showed that you could achieve an awful lot at a small scale. For instance the Oxford Brookes parking sensing system nicely demonstrated that by using a very simple and cheap ultrasonic sensor attached to a test car, along with a lot of clever coding, you could see what parking spaces are available along the roads of Oxford. The reality is that smart city solutions will come from both the infrastructural angle and organically grown from the ground up. The challenge of a really smart city is to enable both of these approaches to flourish and meet in the middle. Oxford is already showing how this is possible with the city led Smart Oxford initiative alongside projects like the citizen driven Flood Network.

Another message that came out loud and clear, from our feedback panel and in general, was that the teams who had a very clear idea of how to act upon data being collected had the strongest overall concepts. That fits well with our belief that smart cities should really be about deploying technologies to solve real problems that matter to people, not just deploying technology for collecting or analysing data for the sake of it. The proof of this was evident with the Trackener project where the team had a real passion for their new business, knew what data they wanted to capture and what the end user wanted to know. 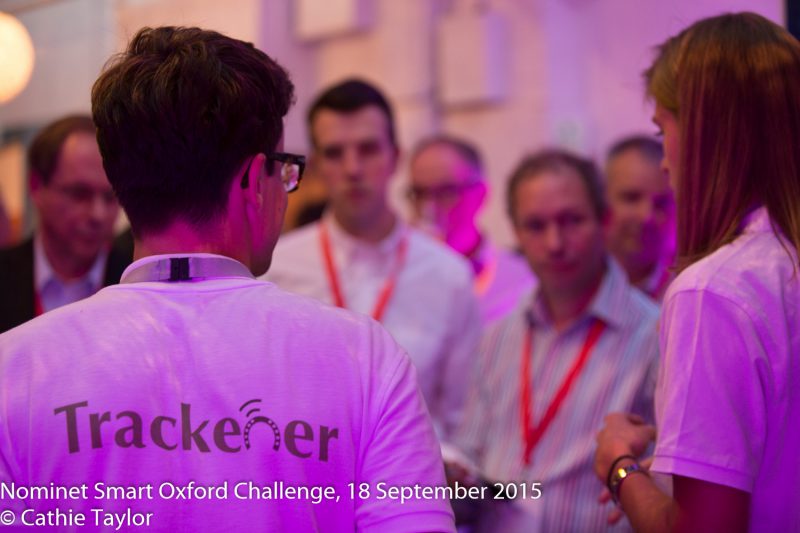 But at the end of the day, what was really interesting to see was, that in amongst all the high tech, the concept that everyone was universally drawn to was Robin’s (real name) Nest Project. Low on tech but high on design simplicity, it just goes to prove that a great looking product with a really nice pitch and beautiful supporting materials always attracts attention. One to remember whilst in the depths of coding your next product!