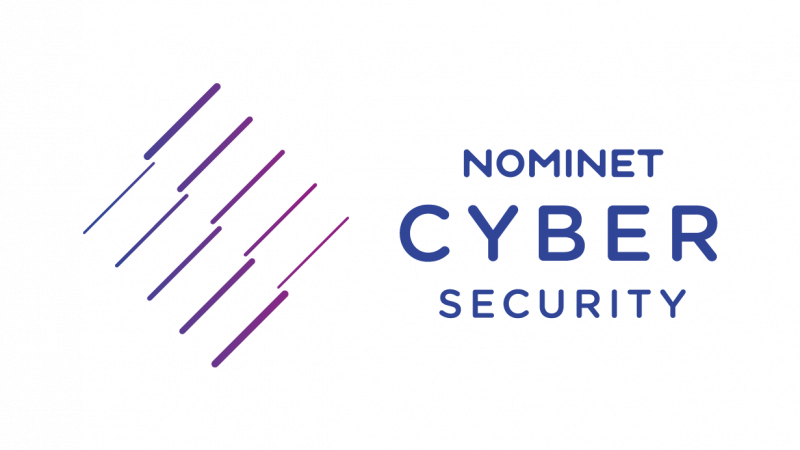 Washington, D.C. (February 28, 2019) – Nominet, the security specialist enabling threat monitoring and detection, prevention and analytics at the DNS level, today made its official launch into the North American market. The company, which opened an office in Washington, D.C., supports organisations wanting deeper visibility and the ability to pinpoint threats through massive data noise, and stop them instantly. The new capabilities are differentiated from competitive offerings that don’t operate at the DNS level, with deep inspection technology uniquely suited to identify and block threats such as targeted malware, ransomware, phishing, Zero Days, APTs, and data exfiltration attempts.

“We feel like a new company despite a 22-year history in infrastructure security, and we’re excited to enter the North American market with a distinctive and proven set of skills and offerings,” said Russell Haworth, CEO of Nominet. “We’re proud of our expertise and experience in critical infrastructure—in 2017 alone, Nominet analysed over 3TB of data across the U.K. public sector and blocked 2.5 million malicious requests—and we look forward to working with U.S. organisations to enhance their security strategies and implementations.”

Cutting the window of compromise

Whilst enterprises typically have numerous security layers, Nominet operates at a vital nexus: All networks rely on DNS traffic, which makes it a critical source of information for specific threats to the network. This area often gets overlooked in the security stack. Meanwhile, leveraging its long experience analysing data for threats, Nominet’s security researchers can identify malicious domains even before they register on standard threat feeds.

There is certainly broad-scale awareness of this critical issue: In a new study conducted by Nominet in partnership with Osterman Research, CISOs at over 30 large enterprises, a full 97% of respondents, say they see the value in monitoring, threat detection, attack blocking and analytics at the DNS level to enhance security; the few others didn’t know or were unsure. The fact is, many large organisations are, or believe they are, monitoring at that level already, yet the reality is less definitive: Even enterprises with significant resources dedicated to security may lack the technologies needed to analyse billions of DNS data packets in real time, as optimal to identify today’s threats.

The CISO at Paylocity, Brad Schaufenbuel, comments: “Because almost all organizations and attackers rely on DNS, a strategy of monitoring this traffic to identify and stop threats is an essential but often overlooked component of an effective network security approach.”

“There is obviously a blind spot when it comes to malware,” notes Haworth.“It’s still found lurking on networks undetected, with CISOs and staffers not being aware of its presence, and by the time it’s exposed the damage has been done. That’s why Nominet NTX offers such critical security at the DNS level—it not only finds problems, but it blocks them proactively, and gives security teams vital intelligence to take further action.”

Nominet’s deep and ongoing R&D efforts have led to the development of a powerful solution that cuts through the noise and enables the immediate detection of threats to the network. Building on the capability to analyse billions of data packets in real time, Nominet NTX uses patented algorithms and machine-learning techniques to offer unique visibility, insights and predictive capabilities for an advanced level of threat detection and blocking.

The technology also predicts risks and provides a threat score based on newly created domains, and identifies zero-day activity not seen by traditional methods of detection—even within massive datasets with huge amounts of legitimate traffic encompassing tiny levels of malicious activity. Nominet NTX significantly narrows and reduces the window of compromise. Nominet has also been officially designated part of the UK’s Critical National Infrastructure (CNI) for its work at the heart of the UK internet infrastructure running the .UK domain space and keeping it secure.

There are two distinct solutions:

Using the same technology deployed to protect critical national infrastructure, Nominet NTX’s reach extends far into the private sector. It currently has ongoing business relationships with companies in industries ranging from financial services and healthcare to telecommunications, ISPs and retail.

“For security technology to keep pace with, and effectively combat, emerging threats, it must regularly incorporate new approaches to monitoring, detection, prevention and analytics, and that’s exactly what Nominet brings to the table,” said Principal Security Architect, Guido Solares, at DynTek, a Nominet channel partner and leading national systems integrator and expert technology consultancy firm specializing in risk management. “The right blend of focus, innovation, track record and stability is vital, and that’s why Nominet is essential to our customers’ infrastructure.”

The need for such services is undeniable. Nominet’s new research report entitled Life Inside the Perimeter: Understanding the Modern CISO examines the external and internal pressures facing a modern Chief Information Security Officer.

Nominet commissioned Osterman Research to survey more than 400 CISOs overseeing security at organisations with a mean average of 8,942 employees, half in North America (207) and half in the U.K. (201), across a range of industry sectors. The study not only gives new insights into emerging dangers but also highlights cultural differences between the respective tech security practices and expectations.

For example, Brits feel better able defend their installations from attackers: 20% of Americans say they need more resources, compared with 13% of their counterparts across the pond. However, it seems to take Brits almost twice as long on average to find threats—18 days versus nine and a half in the U.S. Perhaps most unsettling is the news that more than 60% of security teams report finding malware hidden in the infrastructure for an unknown period (another 9% aren’t sure), and a third believe they would lose their job if there was an actual breach.

The Nominet/Osterman survey also reveals that:

Schaufenbuel continued: “The lack of cybersecurity expertise on boards underscores the disconnect between CISOs and the rest of the organizational leadership team. While 70 percent of CISOs believe that cybersecurity expertise on the board is essential, fewer than six percent of board members are highly knowledgeable about cybersecurity. It is difficult to expect the proper level of governance and oversight with such an inherent absence of understanding of the risk at that level.”

For a copy of the report or to see the press release announcing this new study, please visit: www.nominet.uk/news

Profit with A Purpose

Nominet has a long track record at the heart of the internet infrastructure in the U.K. Launched in 1996 as an organisation run for the public benefit, it quickly became one of the first domain management organisations and helped define the standards that influence how other registries operate. It’s now a highly respected entity that has operated at the heart of the country’s critical infrastructure for more than two decades, running one of the largest domain name registries in the world.

Nominet has stayed true to its roots by operating as a ‘profit with a purpose’ company, with a strong emphasis on social responsibility and action. The company has contributed close to $60 million in the past decade to projects dedicated to doing good. Among other initiatives, Nominet has committed to improving the lives of 1 million people a year by funding or reinvesting in projects in three streams: connected (connecting people and things to the internet); secure (tackling internet infrastructure threats and promoting online safety); and inclusive (increasing digital skills). It also supports socially motivated startups and businesses that are transforming lives with technology, and is a significant backer of the CyLon business incubator. The company’s dedicated threat team also provides intel to law enforcement agencies; works to bring down botnets; briefs government bodies on major security issues (e.g. Bind Bug); and helps shut down crime rings.

Nominet is driven by a commitment to use technology to improve connectivity, security and inclusivity online. For 20 years, Nominet has run the .UK internet infrastructure, developing an expertise in the Domain Name System (DNS) that now underpins sophisticated threat monitoring, detection, prevention, and analytics that is used by governments and enterprises to mitigate cyber threats. A profit with a purpose company, Nominet supports initiatives that contribute to a vibrant digital future and has donated over £45 million to tech for good causes since 2008, benefitting more than 10 million people. The company has offices in Oxford and London in the UK and Washington D.C in the U.S. www.nominet.uk.

Nominet’s cyber security solution – Nominet NTX – cuts through the sea of data that teams are working with and provides immediate visibility of threats and anomalies to preserve the integrity of your network. All networks rely on DNS traffic, but it is often over-looked in the security stack and therefore becomes the ‘open back-door’ for cyber criminals. Using patented machine learning techniques, Nominet NTX analyses vast volumes of traffic to predict threats, identify infected devices and pinpoint malicious behaviour, alerting security teams so action can be taken before threats become a problem. To learn more, please visit www.nominet.uk/ntx